Art I by Cassie Davies

Creative retreats on the high sea

It was Michel Foucault who said that a boat is ‘a floating piece of space, a place without a place, that exists by itself…’

More than just planks, sails and oars, a boat offers a dream-like, contemplative space detached from life on land. Where better, then, for artists to hone their practice than aboard a ship heading through the China Sea? Or skirting the Atlantic Ocean, or Penobscot Bay…

Here are four artists residencies aboard boats that put creatives at sea.

Italian shipping company d’Amico invited artist Noémie Goudal on-board one of its vessels to create a short film inspired by her voyage. The project was so successful d’Amico decided to establish an on-going artist residency programme – The Owner’s Cabin.

Sailing the unpredictable trading routes of the world, this residency offers invited artists a stay aboard a working merchant ship for anywhere between three weeks to two months. Costs of food, board and transportation are covered throughout the artist’s journey, and a stipend is also provided to meet the cost of materials.

Forward planning can be problematic, however. Since the residency is dependent on shipping markets, the exact date, port and vessel is only revealed a week before boarding. Even the ship’s point of disembarkment is left to the sway of trade. Artist Lulu Nuti is currently on board.

Applications have just opened for Offshore’s second cycle. Founded by visual artist Cortney Andrews and designer (and long-time sailor) Tonian Irving, the programme brings together artists and writers for a week-long, ‘transformative experience at sea.’

This artist residency doesn’t offer studio time, but instead it sails artists into historic regions where they can engage with local communities through special exhibitions and events.

Offshore’s inaugural trip in 2016 sailed a group of artists/residents off the coast of Maine, including Kylie Lockwood, Allison Evans and Dain Mergenthaler. The upcoming instalment will take place in Maine once again from 19-26 August, around the picturesque Penobscot Bay.

The historic SS Vallejo houseboat has been bringing together talented artists since the late 1940s. Jean Varda, Ruth Asawa and Mark Tobey are among those who have lived or stayed aboard the vessel.

Its residency programme is now in its third year, and for each cycle, four creatives are given their own private living area and a cabin as their studio, as well as access to shared areas. This peaceful environment comes with a restriction: the program is private and by invitation only.

Here’s an on-board artist residency with a very different mission. Established by the Schmidt Ocean Institute – a private non-profit foundation dedicated to oceanographic research, discovery and knowledge – the Artist-At-Sea Program brings artists and scientists together to open up new dialogues about the Ocean.

Setting sail on the Institute’s research vessel Falkor, artists are encouraged to collaborate with scientists and use exclusive technology-based research to create work that tells stories about our ocean and its complex issues. This collaborative approach aims to catch the attention of a broader audience.

Previous residents include Michelle Schwengel-Regala, a scientific illustrator and fiber artist who used her time on-board Falkor to explore low oxygen zones in the ocean, and Leslie Reid, a visual artist and painter who explored the Ocean’s pH levels by soaking rolls of film in seawater to see its effect on her photography.

Applications have closed for 2017, but will open again in December next year.

Read next: 7 artist-in-residence spaces where creatives can live and work for free 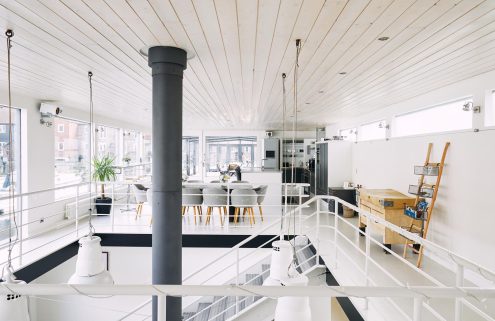 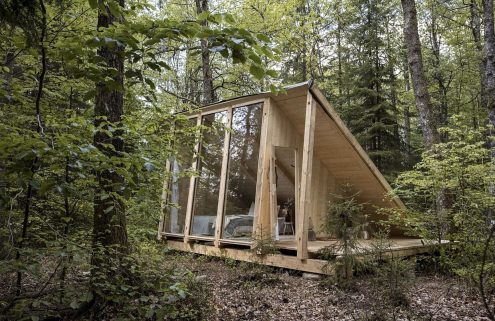