On his 89th birthday

Frank Gehry might be celebrating his 89th birthday but the Canadian-born starchitect shows no signs of slowing down. He completed his high-profile Pierre Boulez Saal concert hall in Berlin last spring, and has a string of fresh projects underway – and rumours are rife that he’s designing a skyscraper for New York’s Hudson Yards and a London HQ for Facebook.

Here are three of Frank Gehry’s projects shaping up in 2018.

Frank Gehry’s Arts Resource Center building is a twisting, angular addition to the hotly anticipated LUMA Arles contemporary arts facility being built in the southern French city.  Selldorf Architects were tasked with the adaptive reuse of the existing railway buildings as exhibition space, while Gehry has designed an entirely new tower on the former rail depot site to house research facilities, workshops and studios. Ground broke on the 56-metre-high structure last summer and the complex is expected to open in stages, welcoming its first guests later this year.

Gehry’s team is working hard to ‘unclog the arteries’ of Philadelphia’s historic Museum of Art, overhauling the current masterplan and removing a 1980s intervention by Postmodern architects Venturi, Scott Brown and Associates. Says Gehry: ‘Can it do what they did in Bilbao? Hell yes – this place is going to be an amazing museum.’ Renovation work started in March 2017 and the jewel of Gehry’s new masterplan is his Forum – a grand staircase and hallway that will connect vaulted walkways with new galleries. Gehry’s interventions will add a whopping 67,000 sq ft of public space to the venue, as well as 11,500 sq ft of exhibition space, with work on the Core Project set for completion in spring 2020.

‘I was 16 years old when Eisenhower defeated the Nazis and led America to victory in World War Two,’ Frank Gehry said at the groundbreaking ceremony for the Eisenhower Memorial in Washington DC last November. ‘I had lost 33 members of my family in the camps, so his victory was all the more meaningful to me.’

Gehry’s design for the National Mall site memorial has been mired in controversy, which saw the project delayed for seven years, but the landscaped park and memorial are finally under construction after objections to its ‘extravagant’ scale and ‘Iron Curtain-like’ metal tapestries were dropped. The $150m memorial is scheduled to be dedicated to Eisenhower, the 34th US President, on 8 May 2020.

Read next: How today’s architects are reinvigorating Palm Springs Modernism 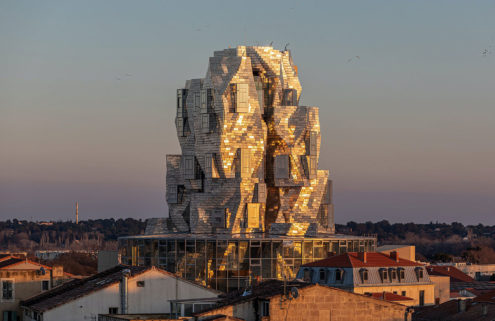 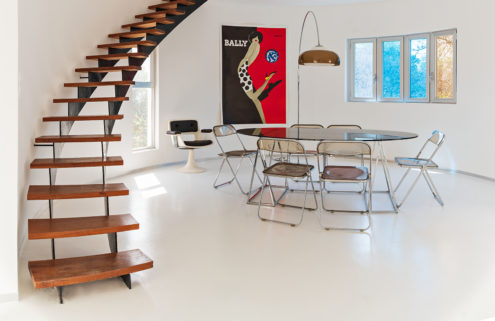 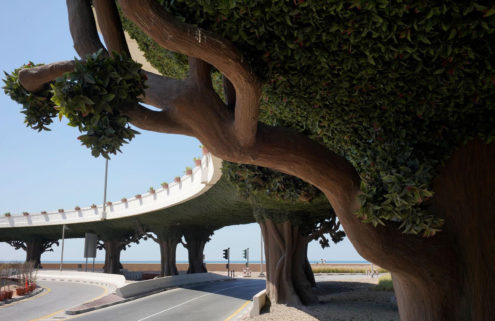