A fresh crop of design destinations that are coming soon

A fresh crop of cultural destinations should be available to visit next year, from long-awaited national institutes in Norway to a museum celebrating the Korean-American diaspora in Los Angeles to an AI institute in Seoul.

Known for commissioning innovative architects like Carmody Groarke to design its summer follies, the Glyndebourne opera house has now hired Sussex practice BakerBrown to build a single-storey pavilion facing the croquet lawns. Due to open this spring, ahead of the 2022 music programme, the low-carbon ‘material bank’ will incorporate felled ash, chalk waste, reclaimed brick and oyster shells found across the South Downs – not to mention Champagne corks collected from past festivals. Insulation will consist of mycelium and grass clippings, which will become compost when the pavilion is eventually dismantled.

Lausanne’s most prestigious cultural institutions have moved into the new Platform 10 arts district, an esplanade of minimalist museums extending out from the central train hub, between the old city and lakefront. The last to complete – MUDAC, or the Museum of Contemporary Design and Applied Arts – was designed by Portuguese architects Francisco and Manuel Aires Mateus, and scheduled to open in June 2022. The building is, in fact, two separate volumes. The lower half is devoted to Musée de l’Élysée, the city’s photography museum, and separated from the upper galleries by a glazed entrance hall, forming a zig-zag break in the smooth concrete facade.

In June, Norway’s two National Museum buildings will unite within a new design by German practice Kleihues + Kleihues – a two-storey ‘plinth’ of local stone, topped by a 2,400-sq-m ‘light hall’ overlooking the fjord. The double-height foyer opens from opposite ends and houses the cafe, bookshop, library and auditorium. From here, the galleries stagger upwards, unveiling 400,000 objects dating back through antiquity. The uppermost gallery is enveloped in alabaster and bathed in natural light from the glazed envelope.

Jeanne Gang’s addition to Little Rock’s cultural ‘fortress’ improves circulation around the site, connecting visitors to food, drink, city views, performances and exhibitions. Gang’s pleated concrete roof steps and staggers across the disparate halls like a dragon’s back, providing visual consistency and a gap for clerestory windows across the series of buildings. A glass ‘living room’ at the north end provides space to decompress; a dining pavilion at the opposite end opens onto the adjacent park – itself redesigned with new pathways and an additional 250 trees. The project should open to the public in the autumn.

The so-called Northern Powerhouse desperately needed a central art hub for its world-class cultural festivals, and lord knows it had the postindustrial space for it. Five years ago OMA won the opportunity to design Manchester’s new Factory on the Castlefield side of the River Irwell, submitting a design that resembles a multifaceted gem. Asymmetrical entry points will enable spectacles in the realm of visual art, theatre, music and dance to flow freely from the indoors out to the riverfront terraces. Delayed for nearly two years, the Factory should complete in December, and finally unite the popular Manchester International Festival, which for years has popped up in various venues across town.

Terry Farrell’s million-pound donation to his alma mater, Newcastle University, will ‘disrupt’ the red brick Victorian campus with a glassy intervention in the architect’s name. The new public centre for architecture and cities will occupy the Grade II-listed Claremont Buildings, on the campus edge, providing an ‘urban room’ – part meeting place, museum and library – for dialogue on Newcastle’s architectural past, present and future. Farrell is taking a back seat on the design, leaving it to Space Architects, Elliott Architects and Cundall engineers. They’re looking to winter 2022 as a launch date.

SANAA was enlisted with doubling the interior space of Sydney’s most prestigious art gallery with a complementary glass-walled building terraced up the hillside. Connected to the original neoclassical building by a public garden, the so-called “modern project” will have a multilevel atrium offering as many views out over Woolloomooloo Bay as to the contemporary and aboriginal art within. It incorporates several horizontal volumes hoisted on willowy white pillars and draped with green roofs. The project is slated for completion next winter.

Baca Architects’ massive concrete whale will house what may become the world’s largest underwater discovery centre. The belly of the beast – alongside a pier just south of Perth more than a mile out from shore – will accommodate larger crowds under a light-frame roof constructed by yacht-builders. Sinuous glazed orifice-like openings in the structure will offer views above and below the surface of Geographe Bay, home to coral, sponges, tropical fish and humpback and blue whales. It should be open by December 2022.

Not surprising, perhaps, this museum dedicated to the wonder of robot technology will be created by robots, from the initial design through form-generation (through 3D printing) and assembly – under the guidance, naturally, of Istanbul-based Melike Altınışık Architects. Due to open next winter, the flattened metal sphere will welcome visitors from the outdoor spaces through the concave interior in one continuous flow. The ongoing construction process will, in fact, be considered the museum’s first exhibition.

Koreans in America are getting their own cultural hub, built by Morphosis to a conceptual, ‘non-Cartesian’ design. Located at the centre of Koreatown in Los Angeles, it’ll guide visitors in a centrifugal manner up into a triple-height gallery immersed in digital technology. On the roof terrace, they’ll plant a veritable forest of maple, pine and bamboo – plants native to the Korean peninsula. 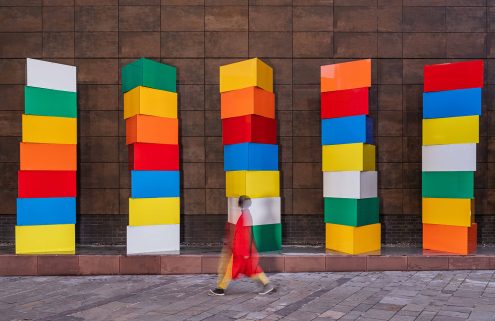 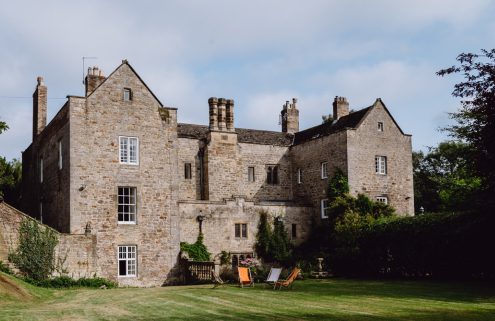 A former rectory lists for £1.3m outside Newcastle Upon Tyne 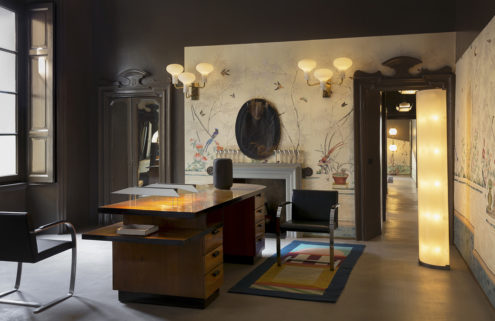