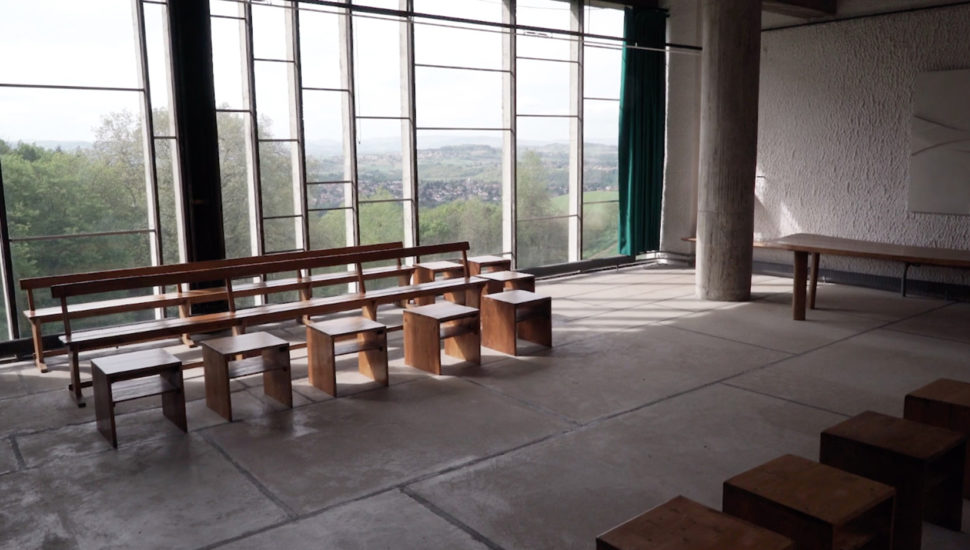 Peek inside the concrete corners of Le Corbusier’s Sainte Marie de la Tourette Monastery in this new film by Spirit of Space, which showcases the UNESCO heritage site’s architectural bones.

The monastery was Le Corbusier’s final building project in France. It was completed in 1960 on a hillside in Eveux-sur-Arbresle, 25 km away from Lyon in France. It comprises four rectangular concrete volumes, the first of which perches on the edge of the hill and houses the church and sacrifice. The three other wings – which rest on pilotis – contain 100 bedrooms and living accommodation for the monastery’s inhabitants, including a library and study areas.

The brutalist landmark has been compared to a colossal parking garage by critics. Still, its position as a modernist masterpiece was cemented when it was inscribed as a UNESCO heritage site in July 2016.

Says Spirit of Space: ‘Le Corbusier often referenced walking through a building (promenade) and he made films to communicate that experience. In our research we were fascinated by the collaboration with Xenakis and sought out the light to visually reveal his musical score.’

Explore the spiritual space in the studio’s video.