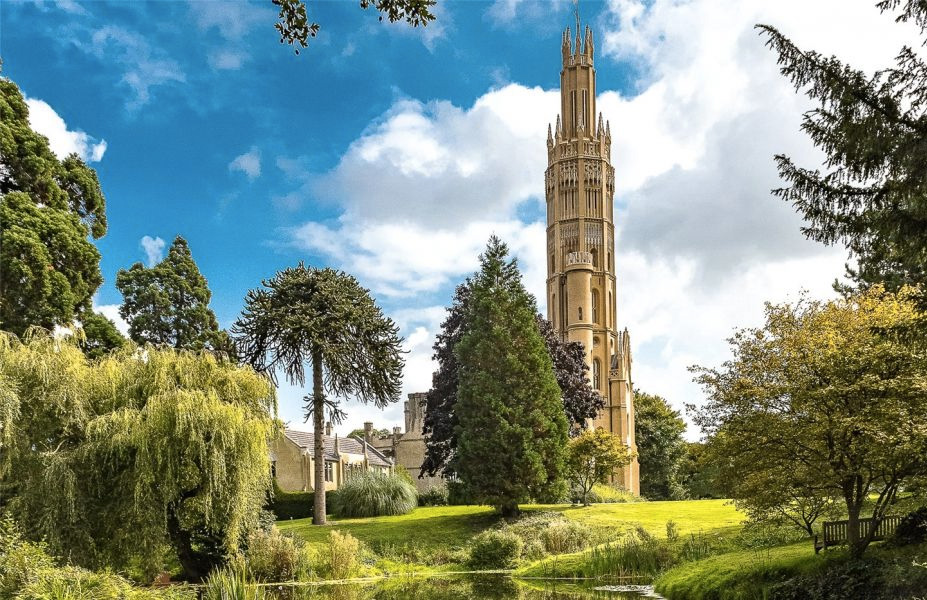 Built by a jealous ex-lover, Hadlow Tower in Kent is England’s tallest neo-gothic folly – and it could be yours for £2m.

The building was supposedly constructed in 1838 so a spurned industrialist could keep an eye on his wife and the farmer she’d run away with. At 175 ft, the soaring tower – on the market with Strutt & Parker – looms above the surrounding landscape, offering uninterrupted views of the Kent countryside.

Its exterior might be forbidding, but rooms are spacious and filled with light, thanks to their pointed-arch windows. You’ll need to be fit to live there though: four bedrooms, a separate kitchen, office and dining room are spread across eight levels – only four of which are accessible by elevator.

Those wishing to indulge in full-blown fairytale fantasy can claim the master bedroom, which has direct access to a roof terrace with far reaching views. Hadlow Tower also comes with a tidy half-acre plot of gardens and access to the grounds of Hadlow Castle – which includes a croquet lawn.

The Grade I-listed building has been completely restored in the last five years, which means would-be owners won’t have much to do when they move in.

Gothic enthusiasts can also try before they buy, as the tower is also available to rent from £3,000 for a weekend.

Read next: Is this 400k abandoned Welsh fort the ultimate fixer-upper?