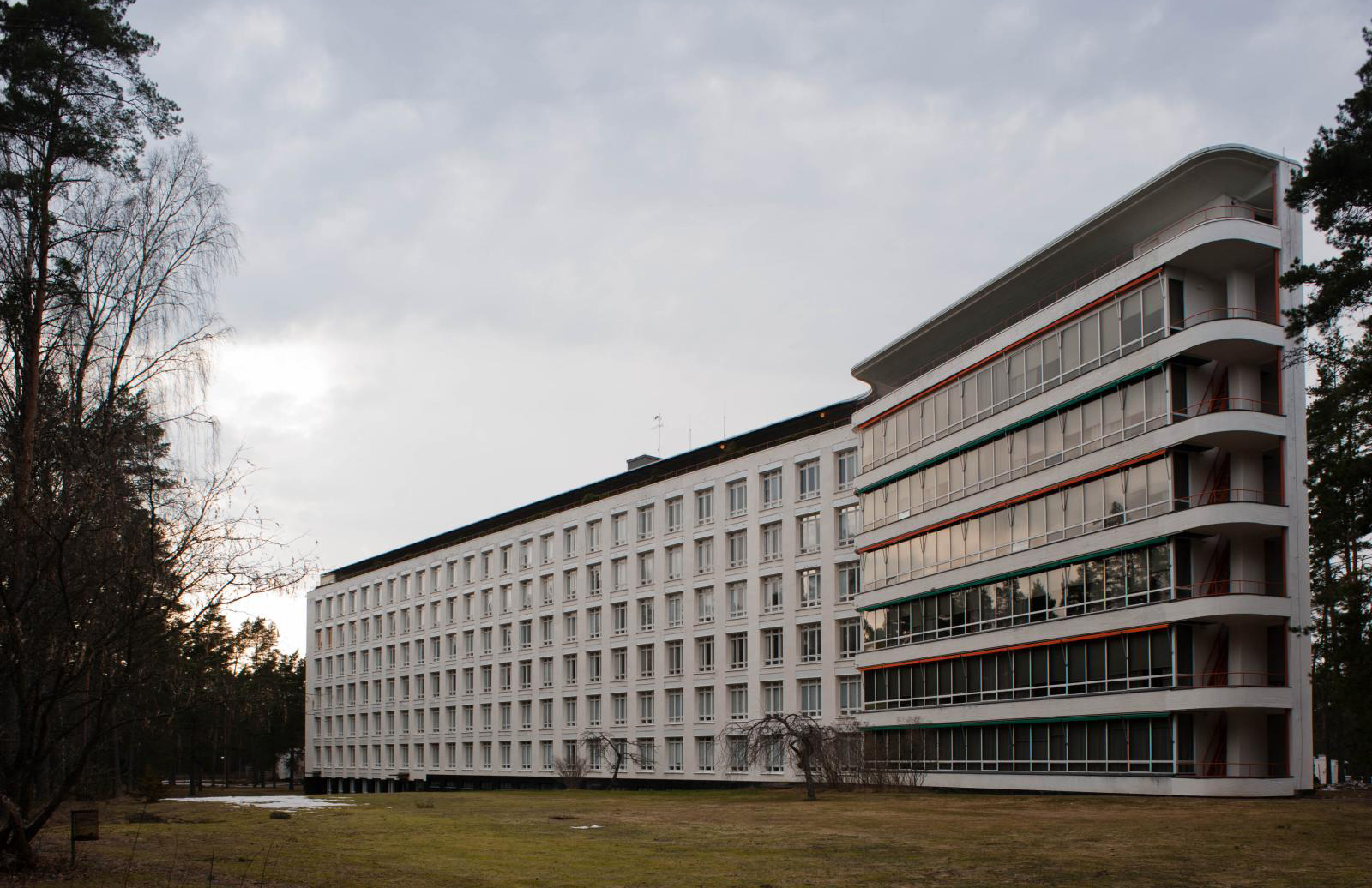 It wasn’t just the tuberculosis treatments that were revolutionary at Paimio Sanatorium – its swooping architecture, designed by Alvar Aalto, won plaudits too. Now this iconic Modernist structure in southwest Finland is for sale.

Sitting in the forest of Paimio, the Functionalist complex was completed in 1933. The architect continued adding to it throughout his life, building an operating theatre in the 1950s.

‘The main purpose of the building is to function as a medical instrument,’ Alto said when it was completed.

It was converted into a general hospital in the 1960s after tuberculosis cases began to dwindle.

Comprising interlocking, streamlined wings, Paimio Sanatorium was designed to capture sunlight and fresh air. Patients’ rooms had large windows to draw in sunlight and balconies overlooking the surrounding pine forest. A sojourn on the large roof terrace was part of daily treatment routines.

Aalto and his wife Aino designed everything within the sanitorium down to its interiors and furniture. The couple used a calming colour scheme of gray, yellow, mint green and blue across its communal spaces – which has been meticulously preserved today.

According to Finnish newspaper Turun Sanomat, the district is selling the heritage protected building via the Turku Region OP Real Estate Center ‘on the basis of tenders’, with the bidding period ending 23 August.

Read next: Modernist glass house hits the market in New Canaan for the first time ever