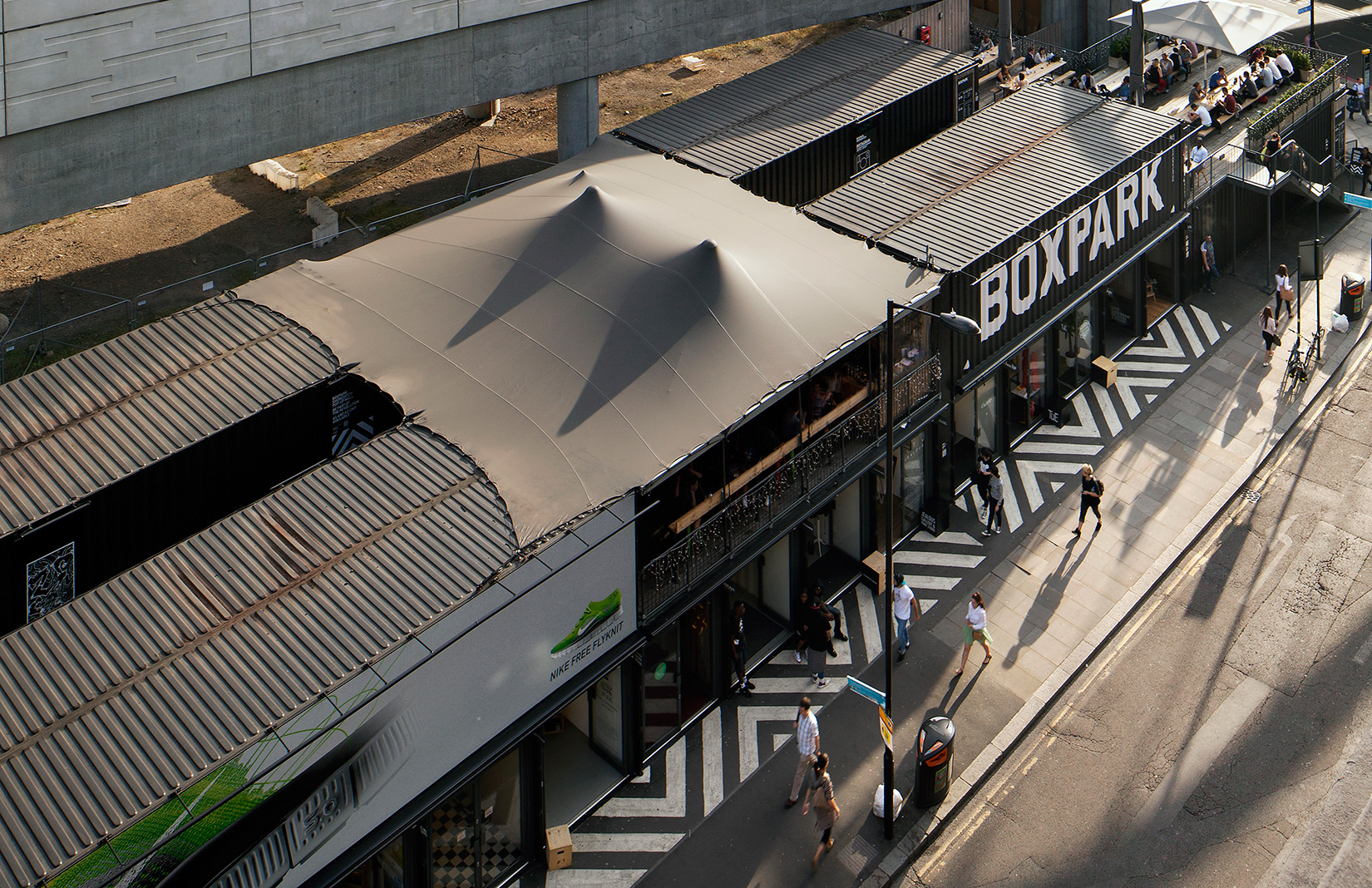 Shopping hotspot Boxpark will be forced out of its Shoreditch location in the coming years as development of the surrounding Goodsyard area takes a step forward. Architects Buckley Gray Yeoman have revealed plans for a 15-storey, 73,000 sq m office scheme to replace the Shoreditch shopping concept made up of shipping containers.

The existing Boxpark site, just by Shoreditch High Street station, takes up part of a 4.2-hectare former railway goods yard that has long been earmarked for regeneration by developers Hammerson and Ballymore. Buckley Gray Yeoman’s plans to replace the popular destination with offices are the latest move in the Goodsyard development that critics have said will ‘kill the soul of Shoreditch’.

Roger Wade, Boxpark’s founder and CEO, revealed the company has already planned a new site in Hackney to mitigate the inevitable loss of the Shoreditch location. This is in addition to its new Croydon site, announced in March.

‘We anticipate at least one, maybe two or three years left in Shoreditch,’ said Wade, confirming that Boxpark’s lease will expire in summer 2016 unless it can reach a new deal. ‘I expect a lot of Shoreditch Boxpark will move into our new Hackney site.’