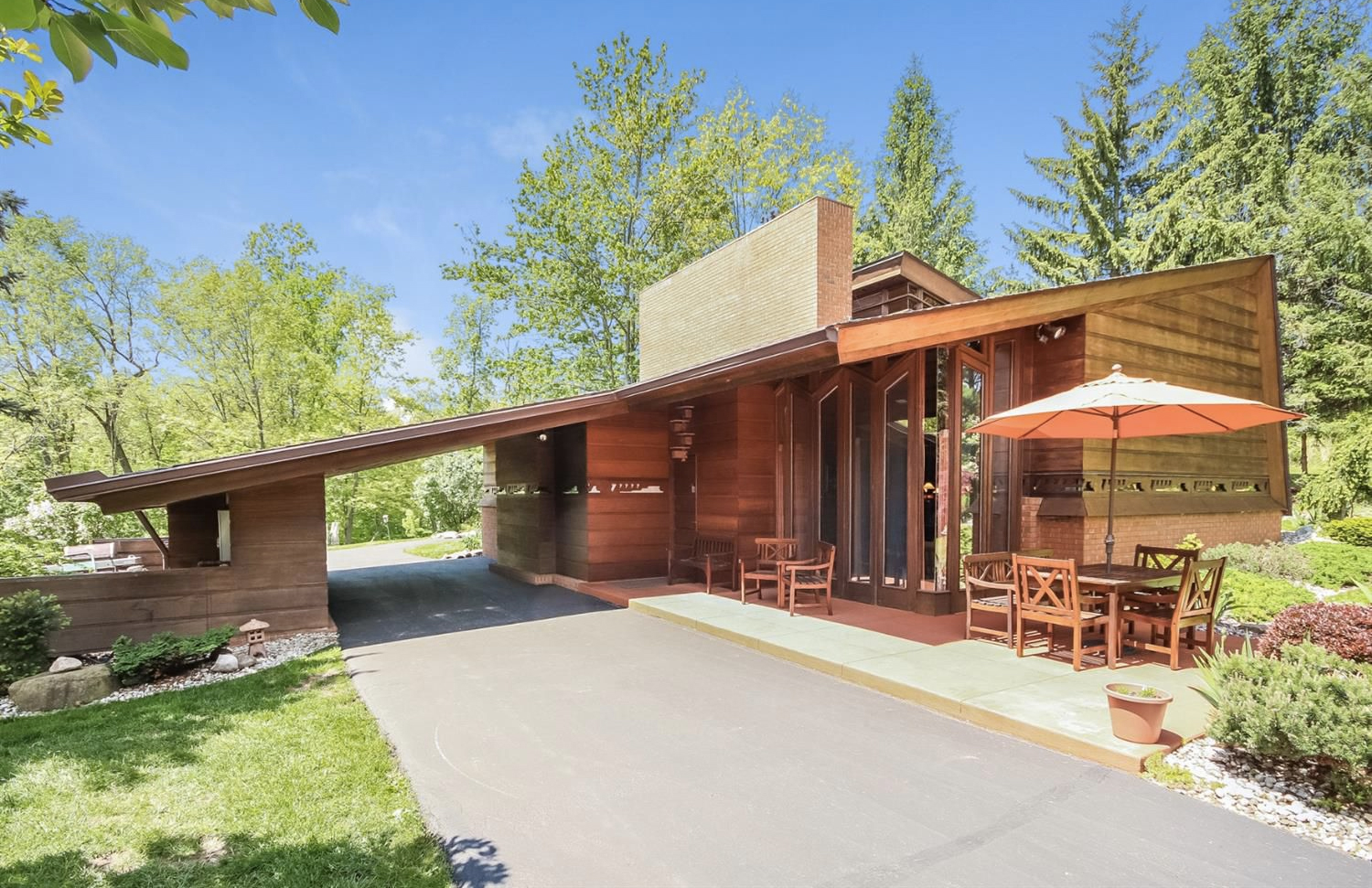 Via The Barrett Group

Michigan’s angular Haddock House was designed by Frank Lloyd Wright in 1939 but has been a well-kept secret up until now.

It took 40 years before the architect’s original plans were put to use, but in 1979 Taliesin Associated Architects oversaw the Usonian-style house’s construction for astrophysicist Fred Haddock, choosing an Ann Arbor site that would fit Frank Lloyd Wright’s design.

Haddock House – on the market for $1.2m with The Barrett Group – is true to the architect’s vision, despite being constructed posthumously. It offers an abundance of timber panelling and warm red interiors, with ribbon windows that wrap around the home and floor-to-ceiling glazing framing views of the surrounding greenery.

The main living area has a soaring, double height ceiling, which reaches 25 ft at its highest and slopes downwards – designed by Wright with snowy weather in mind. Other original elements include wood panels with geometric cut-out patterns, built-in bookshelves and sculptural lighting.

A creek borders the Michigan property’s two acres of land, which include gardens and forest, as well as a pair of outdoor terraces. This is the first time the home has hit the market, having been kept out of the public eye by its owners until now.

Read next: Frank Lloyd Wright’s restored Eppstein House is for rent in Michigan 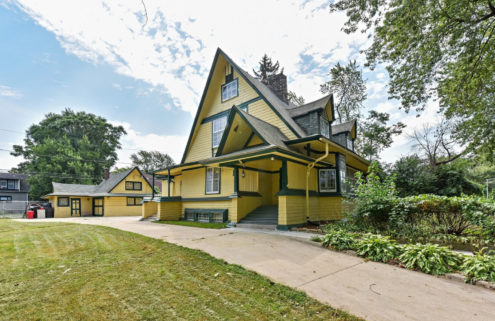 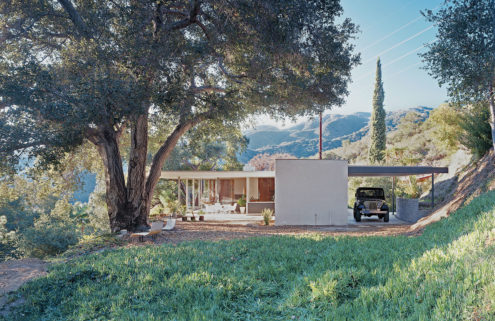 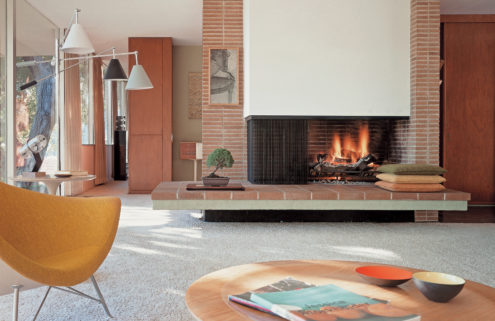 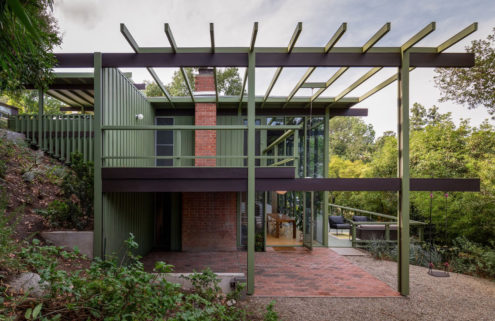