Artist JR is marking the Olympic Games with a duo of public art installations in Rio de Janeiro that take the form of giant athletes.

One sees a larger-than-life high jumper leap over a housing complex with the help of a network of scaffolding. The installation is inspired by Mohamed Younes Idriss — a 27 year old from Sudan who lives and trains in Cologne, Germany.

‘He missed out on qualification for the 2016 Rio Olympics but he is there some how,’ JR explains on Instagram.

The second installation – sited in the Barra neighbourhood – involves a diver leaping into the ocean, with arms outstretched.

JR has been working on the project for more than a year after being invited by the IOC to create an artistic ‘intervention’ in the city inspired by the games. It is part of his ongoing Inside Out series, a global participatory art project that takes cues from his large‐format street ‘pastings’.

Inside Out gives everyone the opportunity to share their portrait and make a statement for what they stand for. Currently the Inside Out photobooth truck is parked outside the Maracanã stadium, capturing ‘behind-the-scenes’ portraits of the cast, technicians and extras during the course of rehearsals for the Olympics opening ceremony.

‘The idea is to record all of these “faces from the side-lines” who will play their part in making the Games a success,’ says the Inside Out website. Displayed outdoors and in an online gallery, the series of portraits ‘embodies the universality of the Games’.

From the 6-14 August, the photobooth truck will move to Praça Maua stadium to take portraits of visitors, spectators and city dwellers. Then it will park up in the middle of the Olympic Village from 15-21 August. 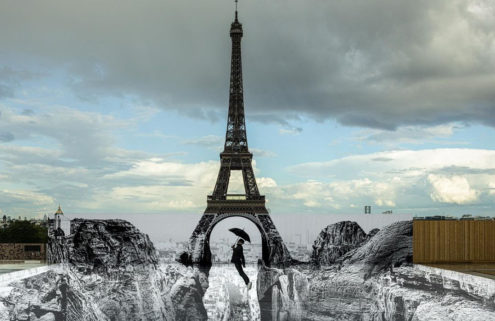 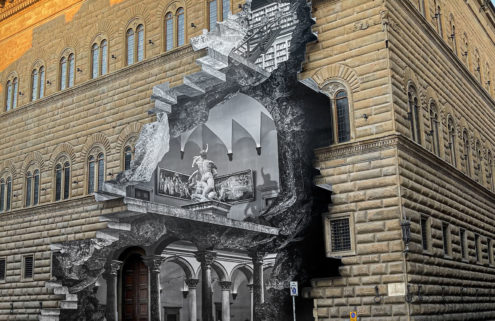