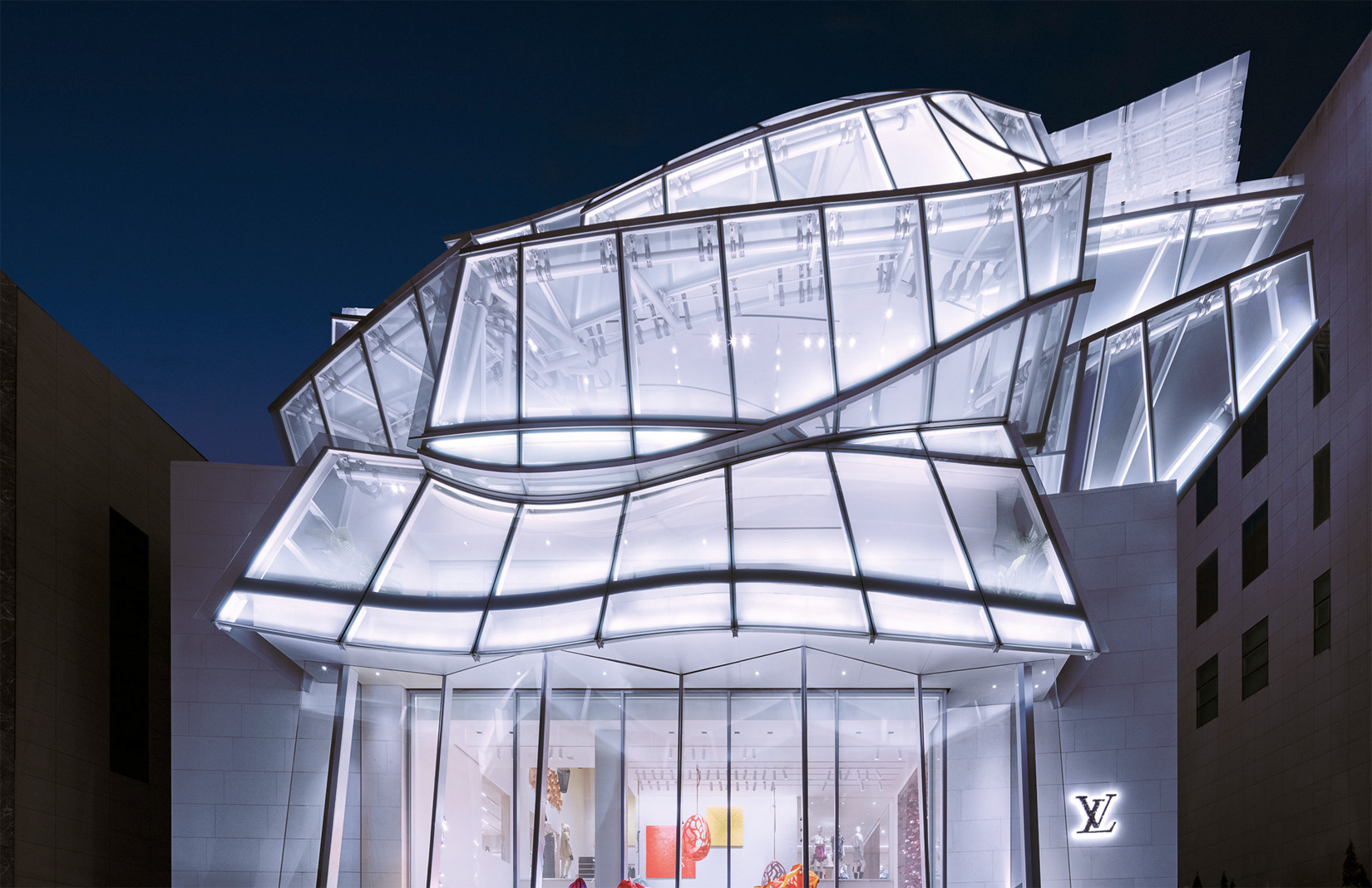 A series of stepped glass volumes form the roof of Louis Vuitton’s new flagship store in Seoul, designed by Frank Gehry as a miniature take on his Fondation Louis Vuitton.

According to the architect, the stacked design is inspired by both the Paris museum – completed in 2014 – as well as a trip he made to the city’s 16th-century Jongmyo Shrine. The glass roof pours light deep into Louis Vuitton Maison Seoul’s five storeys, which house a permanent art collection as well as clothes and bags

It’s Frank Gehry’s first project in South Korea, and was created in partnership with Peter Marino – who’s overseen the interiors, including a dramatic lobby with a soaring 12-metre ceiling.

Colours are muted, with wood, stone and white walls dominating the spaces and contrasting what Marino describes as ‘the baroque glass shields’ of Gehry’s roof. Visitors can peruse goods for sale as well as admiring pieces by Alberto Giacometti, Mark Hagan and Brendan Smith. 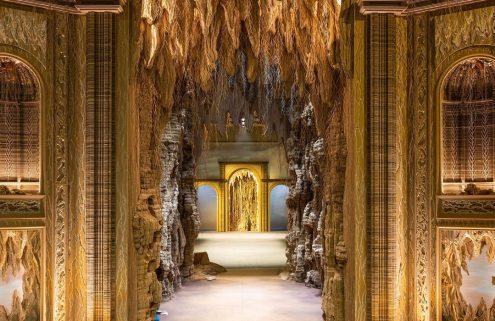 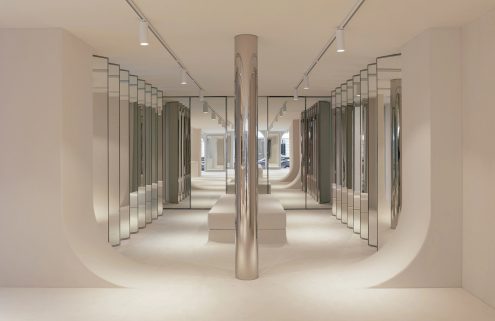