Fashion design and architecture are closely aligned. They share many of the same skills – a precise visual sense, imagination, intellect, craftsmanship and hard work. And when completed, a successful garment and  building are judged as much on how they make people feel as on how they look.

‘Architecture stimulates fashion,’ Karl Lagerfeld once declared, and so to prove it, we present eight fashion designers’ favourite buildings, ranging from Los Angeles mansions and French chapels to Mies van der Rohe pavilions, exploring what the choice says about the designer and their work.

Le Corbusier’s chapel in Ronchamp, eastern France, is one of the 20th century’s most important works of architecture. At first glance it’s quite simple, a small structure on a hill, but closer inspection reveals unexpected and nuanced complexities – and a certain oddness. The same can be said for the craftsmanship of Alexander McQueen, a designer known for collections rich in symbolism and strangeness. For McQueen, ‘architecture is paramount for inspiring fashion’. He named Le Corbusier’s chapel as his favourite building, telling Wallpaper* magazine, ‘I am drawn to its asymmetry and mysterious energy and aura.’

Karl Lagerfeld’s work for Chanel and Fendi has, year on year, seen him creating inconceivably extravagant architectural backdrops for his collections. So it makes a lot of sense that he would choose the drama of Casa Malaparte – the Modern Italian masterpiece on the island of Capri – as his favourite structure. Indeed, he declared ‘there is no other house like this in the world’ in a photo book he dedicated to the villa, reissued by Steidl in 2015. The vivid orange house, designed 1937 by Adalberto Libera for the writer Curzio Malaparte, crouches 32m in the air, on a promontory jutting into the Mediterranean. ‘It’s the maddest dream a man could make and realise,’ Lagerfeld says. ‘Paradise is found here, on this little piece of interdicted, inaccessible private rock.’

Simplicity and effortlessness are what define Isabel Marant’s Parisian fashion line, two elements that feature in her chosen building, Le Corbusier’s holiday home on the French Mediterranean coast. Speaking to the FT, she said, ‘I love the efficiency of Le Corbusier’s architecture; he created very elegant and well-balanced buildings from the simplest of materials.’

Tom Ford’s creative roots lie in architecture. He studied the subject at Parsons before an internship in Paris shifted his focus to fashion. Ford’s aesthetic, blending minimalism and luxury, brings architecture’s ambition to dressing the body. He told The Telegraph: ‘The one building I would have loved to have lived in would be Mies van der Rohe’s Barcelona Pavilion.’ It’s a fitting match – the 1929 structure, created as the German Pavilion for the International Exposition in Barcelona, is a masterclass in refined minimalism. The original pavilion was dismantled in 1930, but in 1983, a group of architects set about rebuilding it using photographs and salvaged drawings, and a replica now stands in the original spot.

New York-based fashion designer Philip Lim is known for his vividly coloured collections, so it’s no surprise that his favourite building is Luis Barragán’s home in the suburbs of Mexico City, built by the architect in 1947. ‘The house encompasses a perfect mix of precision, light, colour, and shadow,’ Lim told Architectural Digest. ‘This balance evokes a naive Modernism that is timeless. I can feel the soul, the hands. Nothing is perfect, but it is precise.’

As a designer known for her modern take on classics, Karan’s selection of the Dia Art Foundation’s base in Beacon, New York, is one that speaks to her love of blending the old and the new. Originally a Nabisco box printing facility, the building on the banks of the Hudson River was transformed into an art gallery in collaboration with the artist Robert Irwin and architecture practice OpenOffice in 2003.

The founder and designer of the fashion house Marni is renowned for her esoteric take on design, creating clothes that are beautiful, rigorous and thoughtful in equal measure. Her choice of Mies van der Rohe’s Neue Nationalgalerie in Berlin – part of the city’s historic Kulturforum – speaks of her intellectual approach to architecture and design. She told The Telegraph: ‘I like its linearity, geometry and most of all the complete transparency that allows a direct dialogue between the art and the city.’

The gallery is currently closed for refurbishment, but is set to reopen again in 2019.

The architectural landscape of LA has always been a source of cultural inspiration. For Nicolas Ghesquière, designer for Louis Vuitton, one house always stood out – the Palm Springs home of Bob and Dolores Hope, built in 1980 by legend John Lautner. ‘It is such a symbolic Modernist house that I had always dreamt about it,’ he told Vogue. ‘It is funny, the house is like the kind of castle of the city, it has a theatrical mood, it is interesting.’ His love for the building was eventually rewarded when it became the stage for the Louis Vuitton Cruise 2016 fashion show.

The house recently went under the hammer selling for $13m, despite an initial price tag of $50m.

Read next: London Fashion Week moves to The Store Studios 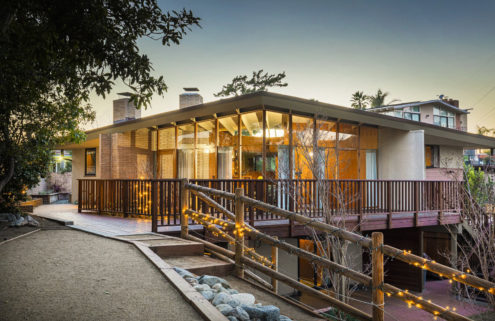 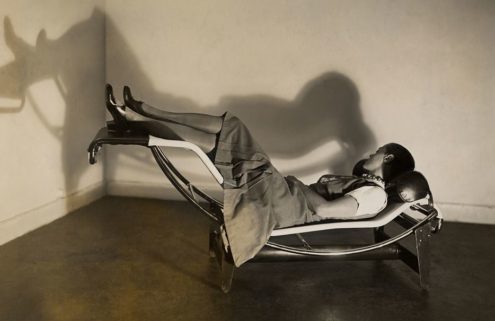 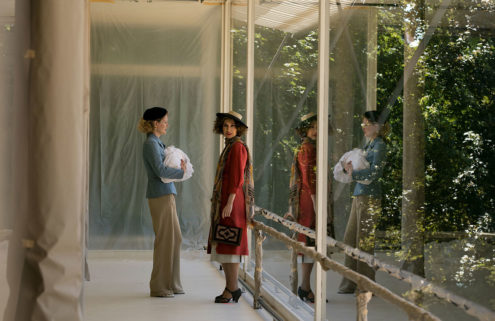 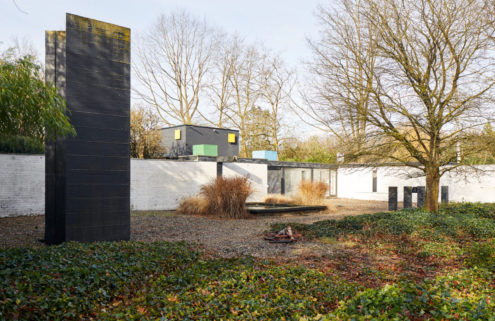